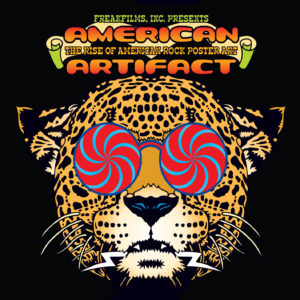 When art and illustration combine with Rock music, Fair Use and new technologies in printing, the result is “American Artifact”, the documentation of a cultural era and the resurgence of a movement.

American Artifact chronicles the rise of American rock poster art since the birth of the culturally reflective art form in the 1960’s.

Award-winning director, Merle Becker traveled across the country interviewing rock poster artists from the different eras to discover that America is currently in the midst of a 21st century “rock poster art movement”.

The film time travels from the Skeleton and Roses posters created for the Grateful Dead through the birth of silk-screening to grunge and the off-kilter whimsy associated with contemporary bands. Interestingly, the ‘deals’ between poster artists and bands were originally based on handshakes alone. Artists would approach fans and venue owners with their wares, either splitting the income that was generated from on-site sales or using the posters as a “value-add” with concert tickets.

In light of the handshake deals between poster creators and bands, it’s especially interesting that one of the most important fair use cases revolves around the use of band posters. In 2006, in Bill Graham Archives v. Dorling Kindersley, the Second Circuit held that it was “fair use” to use seven Grateful Dead posters — as part of a large collage of similar images — in a cultural history of the band, Grateful Dead: The Illustrated Trip (2003).

Having originally kicked off NYC’s The Royal Flush Festival, IFC wrote “A rock poster is at once an 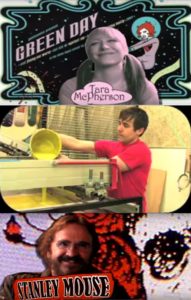 expression of an artist, a band, and a time. It is a cultural snapshot, a work of art. [Director] Becker hit the road to interview rock poster artists of all ages, some legends from past eras. The film shines best when it stays with the some of the wild older guys who could give Timothy Leary a run for his blotter.”

The film  is an entertaining and educational journey through the history of American rock poster art as a reflection of pop-culture.