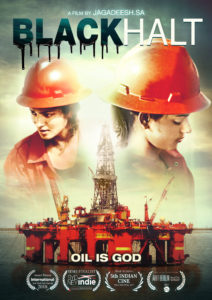 Many people say that “Oil is God”, and certainly from an economic perspective that may well be true.

How did the global economy arrive at its destination?

Where is it going?

Jagadeesh Sa’s BLACK HALT is a fusion of fuel source history and economic influence coupled with new science and spiritual approaches to powering our planet.

Starting with a survey and explanation of our planet’s oil supply, BLACK HALT presents a global economy in turbulence rooted partially in the historic influence of OPEC.

The film poses the question:

“Can a community of students, scientists, economists, spiritual leaders and the overall human consciousness take control the planet?”

Through the use of superb animation, live action and an extremely clever narrative between two women, BLACK HALT provides an intellectual guide for both current and future generations to follow.

Based on the book “Camouflaged Truth“, the 2017 film continues to garner critical acclaim world-side including

Filmed entirely in India, BLACK HALT addresses a global environmental issue through the use of 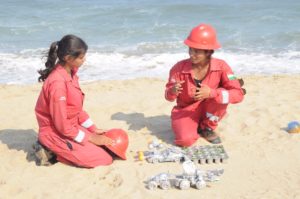 A multi-disciplinary film, BLACK HALT will appeal to fans of environmental studies, global economics, science and the broader subject of the humanities. Its philosophical approach to science, economics, technology and the spiritual nature of our beings is sure to garner a strong base for sales.

IN HOME/PERSONAL USE COPIES AVAILABLE ON AMAZON: https://amzn.to/2wD8kzg