Briars in the Cotton Patch 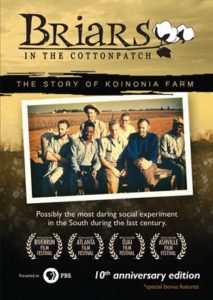 There was a simple farm in Southwest Georgia where racism and religion once collided.

Briars in the Cotton Patch tells the nearly forgotten story of Koinonia Farm, a small Christian community in Southwest Georgia where whites and blacks chose to live and work together as equals despite the brutal and frightening consequences.

Possibly the most daring social experiment in the South during the last century, Koinonia faced years of terror, boycotts, and intimidation in the years leading up to the tumultuous Civil Rights era.

Narrated by former Atlanta Mayor and Civil Rights veteran Andrew Young, this award-winning documentary examines the remarkable events that tested the moral boundaries of a community and planted the seeds for the global work of Habitat for Humanity, The Fuller Center for Housing, and Jubilee Partners. 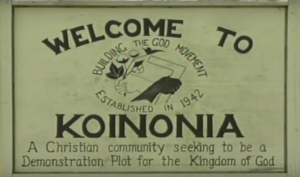