Broadmoor: History of the Criminally Insane 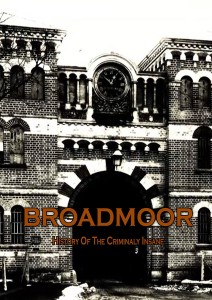 Interviews and archives highlight Britain’s most notorious criminals and the place they called home.
Leading criminologist, Professor David Wilson, gives an insight into the world of Britain’s Broadmoor Psychiatric Hospital.

Cameras have been allowed to film inside Broadmoor Hospital for the first time in 150 years as part of a new documentary. The inner workings of the high-security psychiatric hospital, which houses more than 200 men, some of which are the most mentally-ill and disturbed criminals in the UK, are revealed in the dynamic expose.

Out of all the patients, 35 per cent come from prisons, 35 per cent from the court system, a quarter from medium-secure psychiatric units and five per cent from other high-security hospitals. Although the average stay in the hospital is six years, there are many who have stayed for more than 30 years.

David Wilson (born 23 April 1957) is a Scottish professor of Criminology at Birmingham City University. A former prison governor, he is a noted criminologist and expert on serial killers through his work with various British police forces, academic publications, books, and media appearances.