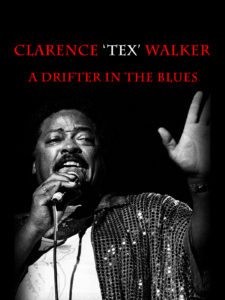 Clarence ‘Tex’ Walker was a singer with the famous black American vocal groups, The Drifters and The Coasters.

CLARENCE ‘TEX’ WALKER “A DRIFTER IN THE BLUES” is a blues music documentary featuring a performance from Clarence ‘Tex’ Walker recorded at The Brewhouse in Oxford, England – May 1999.

Clarence “Tex” Walker was a Rhythm and Blues singer who played a major part in the complicated history of two of the greatest 20th century black American vocal group dynasties: The Drifters and The Coasters. On his return in 1968 after serving in the US Army in Vietnam he joined as lead singer with Bill Pinkney’s Original Drifters. This group did the 1971 recordings on Game Records of “Ol’ Man River” and “Millionaire”.

Clarence made his first appearance as a Drifter on The Ed Sullivan Show at a time when they were appearing on the same shows as Frank Sinatra, Nat King Cole and Ike and Tina Turner. Later after leaving The Drifters to raise his family and on a recommendation from Bill Pinkney, Clarence joined The Coasters replacing Cornell Gunter. 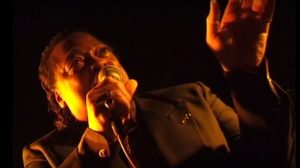 With a versatile and easy singing style, he was equally comfortable with rhythm and blues, blues and gospel which with his Walker Street Band, he showcased perfectly in 1999. In an intimate club atmosphere he showed that he had lost none of his touch as a natural entertainer.

As with many of the artists documented by Blues Archive, this is probably the only recorded performance of Clarence ‘Tex’ Walker doing what he did best.

Tracks included in the performance are:

Featured in the performances are