Edith Wharton: A Sense of Harmony 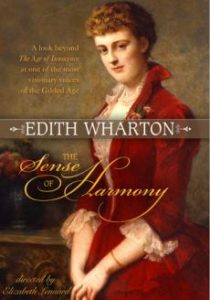 Every work of fiction she ever wrote remains in print

From filmmaker Elizabeth Lennard comes a definitive look at one of the greatest visionaries of the Gilded Age — a literary genius, cosmopolitan and activist, whose vivid portrayal of society still resonates today: Edith Wharton.

A born storyteller whose career stretched over forty years, Edith Wharton (1862-1937) was the first woman to receive an honorary degree from Yale and to win the Pulitzer Prize for Fiction. Best known for writing such iconic novels as The Age of Innocence, The House of Mirth, Ethan Frome and The Custom of the Country, she was also a talented designer, a tireless traveler and a passionate philanthropist.

From the beaches of Newport to the front lines of WWI France and beyond, Edith Wharton: The Sense of Harmony takes a sweeping look at the life and legacy of the literary master. Featuring interviews with distinguished biographers Louis Auchincloss, R.W.B. Lewis and Eleanor Dwight, as well as writer Colin Clark and historian Sir Steven Runciman, this documentary portrait also includes the only known film footage of Wharton in existence. 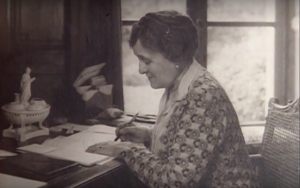 Elizabeth Lennard’s documentary skillfully integrates the many facets and passions of Wharton’s life—as a writer, designer, philanthropist, traveler, and keen observer of social order and class. Featuring interviews with those who knew her, as well as scholars offering interesting insights about her life and career, The Sense of Harmony begins with a look at Wharton’s first published book, The Decoration of Houses (1897), a seminal work about architecture and interior design that established Wharton as a major voice in the field of custom living. From there, the documentary explores her career in fiction, including the publication of such classics as The House of Mirth (1905), Ethan Frome (1911), and The Age of Innocence (1920). Wharton’s life in New York City and extensive years living as an expatriate in Europe are also examined, as is her troubled marriage (ending in divorce) to Edward Wharton and subsequent relationships with other men. The film also discusses Wharton’s friendships with Henry James, Theodore Roosevelt, Jean Cocteau, and other bright lights of the era, as well as her energetic charity efforts during World War I and her journalistic coverage of the war from the frontlines in France. A fascinating portrait of a gifted and—at times—even heroic writer who was the first woman to win the Pulitzer Prize for fiction (for The Age of Innocence), this is highly recommended.” –  T. Keogh, Video Librarian

A partial list of fictional work penned by Wharton includes: 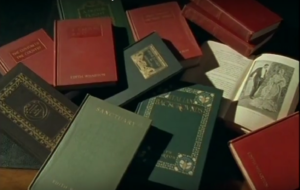