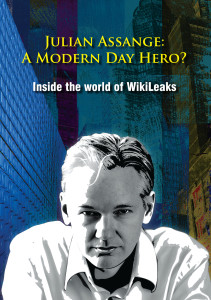 An unbiased and informative documentary on Julian Assange and Wikileaks.

Julian Paul Assange is an Australian journalist, publisher and internet activist. Best known as the spokesperson and editor in chief for the whistleblower website WikiLeaks. He has lived in several countries and is constantly on the move making irregular public appearances to speak about freedom of the press and censorship. In doing so he and his site have won three journalism awards for his work with WikiLeaks.

We all think we know who Julian Assange is and what he stands for. This revealing 3 hours of in depth footage gives you the chance to decide the truth for yourself.

Is he our modern day internet guru or simply a man of the people?