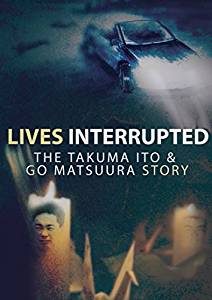 March 25, 1994 began one of the most tragic chapters in the history of Marymount California University: two Japanese exchange students, Takuma Ito and Go Matsuura, were rushed to a hospital with gunshot injuries after a carjacking. The families of both boys made the difficult decision to remove them from life support. The boys, who had come to California to study filmmaking, were just nineteen years old at the time of their murder.

Their killer did not remain at large long. Within days, police apprehended Raymond Butler, a local youth, and charged him with murder. Butler was convicted and sentenced to death. As of January 2017, he is still on death row at San Quentin. Two decades after their deaths, this is their story: the story of two boys and their families and the fight to make sure that a tragedy like this does not happen again.

Director Professor Bruce Schwartz, who chairs an annual film series which honors the two boys, traveled to Japan in 2012 to interview the families of the boys to set their shortened lives into perspective. Also featured are interviews with the president of the College at the time, Tom McFadden, friends, and colleagues. The surge of violence in America is explored and compared to the absence of violence in Japanese society.

“Lives Interrupted” was honored by the United States Congress with a certificate of commendation. The film was originally broadcast on PBS SoCal Plus.