1944: At a time when nations worked together, three united in a top secret mission. D-Day was imminent!

Operation Sussex is a documentary film which tells the story of a tripartite intelligence operation involving the Americans, the British and 120 young members of the French Resistance. Leading up to and following D-Day,  the riveting story is told in first person narrative by survivors of the mission. Hear how and why each volunteered for the secret three nation mission Operation: Sussex.

“[Operation Sussex] captures a difficult time in WWII for France… It is nice to see some history that focuses on the righteous and patriotic Frenchman.” – Tom Rolf, Academy Award Winning Editor 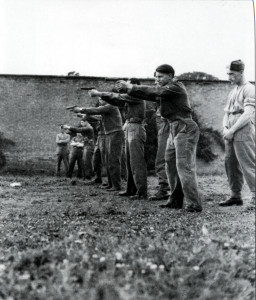 “[Operation Sussex] is a good candidate for inclusion in a high school study of the European theater of World War II.” – School Library Journal

WATCH THE TRAILER / Stream/Download the film