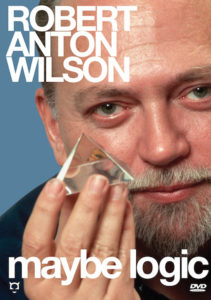 “I have learned more from Robert Anton Wilson that I have from any other source.” – George Carlin

Wilson described his work as an “attempt to break down conditioned associations, to look at the world in a new way, with many models recognized as models or maps, and no one model elevated to the truth”. His goal being “to try to get people into a state of generalized agnosticism, not agnosticism about God alone but agnosticism about everything.”

This feature-length documentary is a hilarious and mind-bending journey into the multi-dimensional life of Robert Anton Wilson, one of the foundations of 20th Century Western counterculture and author of the Illuminatus! Trilogy. It features video spanning 25 years and follows Mr.Wilson as he penetrates human illusions, exposing the mathematical probabilities and spooky synchronicities of the eight dimensions of his Universe.

“In this beautiful and mind-bending film, Robert Anton Wilson takes his place as a touchstone of 21st Century culture.” – Reel.com