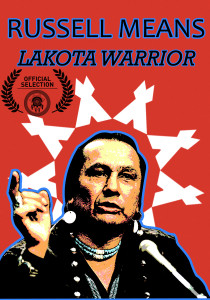 In this exclusive interview with Russell Means (11/10/39-10/22/12) at his home in Porcupine South Dakota on the Pine Ridge Indian Reservation, Russell reveals his struggles and life. He reflects on his early years, leaving his home on the “Rez” during WWII so that his father could work on the military ships in California.

Means speaks candidly about racism, the ignorance of mainstream society and Hollywood’s portrayal of American Indians which all led to his push to break out of the stereotypical bondage that he fought so hard against.

Means was a controversial militant who believed in justice for American Indians.