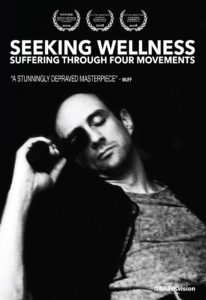 “Seeking Wellness isn’t a film, at least not in the traditional sense. It is meant to evoke feelings of shock, horror, unease and ultimately, empathy” – Film Thrills

“Schneidkraut is a force to be reckoned with in the world of underground film, and Seeking Wellness is an inspired and uncompromising exploration of the depths of depravity and suffering.” – Movies I Don’t Get

The four movements (or films) are:

Each film of the 4 movements contains a calculated progression or regression of specific visual motifs. 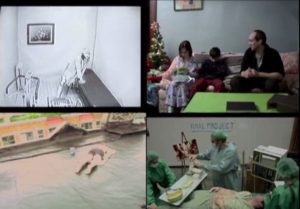