Symbols of Resistance: A Tribute to the Martyrs of the Chican@ Movement 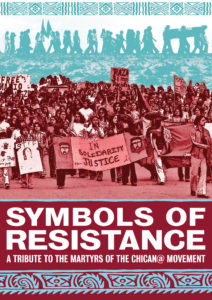 Symbols of Resistance illuminates the untold stories of the Chican@ Movement with a focus on events in Colorado and New Mexico. The film engages student activists, the effect of police repression, and how issues of identity, land, and community still resonate in the Chican@ struggles of today.

Through interviews with those who shaped the movement and rare historical footage, Symbols of Resistances offers a window into a dynamic moment in history and movement building.

“Symbols of Resistance is an important contribution to the critical understanding of the 1960s/1970s Chicano movement.” — Dr. Carlos Muñoz Jr., author of Youth, Identity, Power: The Chicano Movement 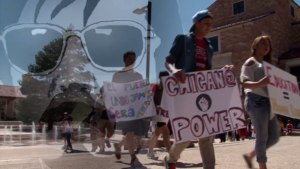 “This is a brilliant project of un-forgetting the paradigm shifting Chicana/o movement of the 1960s and 1970s, essential history to be celebrated and emulated.” — Roxanne Dunbar-Ortiz, author of An Indigenous Peoples’ History of the United States

About the Producer: The Freedom Archives is a nonprofit educational media archive  dedicated to the preservation and dissemination of historical audio and video documenting progressive movements and culture from the 1960s to the present.

Other Soundview films addressing activism that you may want to consider include:

Hit & Stay: A Story of Faith and Resistance