Tony Cragg: In Celebration of Sculpture 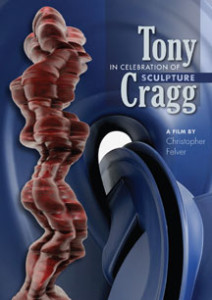 One of the most versatile sculptors working today is Tony Cragg. Shaping forms in plastic, glass, stone, wood, steel, fiberglass, and found objects, he has been making magic come alive in hard materials since emerging in the mid-70s. His vocabulary is wide and his ideas explode across a broad creative landscape, destabilizing our normal viewing habits, while widening our perspective and attitudes.

The Celebration of Sculpture is cinema verité at its most powerful. Cragg reveals himself while installing exhibitions of his work internationally, and restlessly moving around in his Wuppertal studio.

Filmed in New York, California, London, Eindhoven, and Dusseldorf, one senses the peripatetic nature of a restless creator. The sculptor’s workplace is where he prefers to be. It is there that Cragg finds his center, surrounded by the materials and tools of his profession. Wit, openness, and humility balance the impact of a prolific output. Cragg is adamant over man’s continuing encroachment on the natural world. His forms delight, confound, and challenge the mind at a profoundly visceral level. Lyrical intensity, ecstasy forged in whimsy, and a feeling for deep images burrowed within human consciousness are all part of his oeuvre.

Cragg was selected to represent Britain at the 43rd Venice Biennale in 1988, and won the Turner Prize in the same year. In 2001 he received the now discontinued Shakespeare Prize of the Alfred Toepfer Foundation of Hamburg. He was made a CBE for services to art in the 2002 New Year Honours List, and also won the Piepenbrock Prize for Sculpture in that year. In 2007 he received the Praemium Imperiale for sculpture of the Imperial House of Japan for the Japan Art Association.