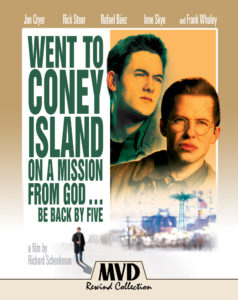 How do you know when you’ve lost your way?

As kids, Daniel (Jon Cryer, “Two and a Half Men”), Stan (Rick Stear, “Buffy The Vampire Slayer”) and Richie (Rafael Báez, Shanghai Noon) were inseparable… the best of friends. As they grew up, they grew apart, and now Richie has gone missing, sending Daniel and Stan on a wintry trek to Coney Island to find their long lost friend.

The new 2018 transfer to a High Definition Blu-ray (1080p) presentation of the main feature includes from a frame-by-frame digital restoration from original 35mm film elements.

“…can be looked at on two different levels: its ability to narrate an effective tale about long lost best friends or its homage to the unique atmosphere of the legendary Coney Island.” – eFilmCritic

”Went to Coney Island on a Mission 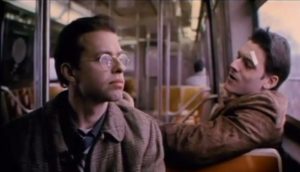 From God . . . Back by 5 is, thank goodness, not as gawkily clever as its title, but it is an odd mixture of boyish high spirits and grown-up melodrama.” – NY Times

The disc edition features a wealth of bonus material including 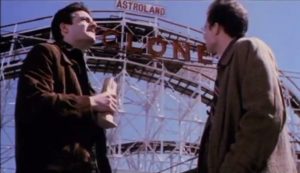