Ghosts of the West: The End of the Bonanza Trail

The West ~ once vast and unknown ~ was where both the courageous and the foolhardy sought adventure and fortune. The stampede that followed the discovery of gold in California lasted little more than a generation, but the stories that followed in its wake captured the imagination of the world.

Thousands of towns and mining camps boomed during that brief time when men scrambled through unexplored territory searching for the next big strike. And just as quickly, they died without a whisper and became ghost towns.

A film by E. S. Knightchilde

The very words conjure enigmatic images of the Old West ~ of the thousands of towns and mining camps that boomed and died during that brief era when men scrambled through unexplored territory, searching for the next big gold strike. 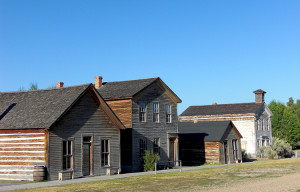 Production still from “Ghosts of the West”

Today, the old hotels and saloons stand in mute testimony to a fabled past, when prospectors came to gamble, find and lose a fortune, or die without revealing the location of a rich and elusive mine. Their tales continue to fascinate and intrigue. And even haunt us…

Rather than taking a strict geographical or chronological approach, the Best Documentary Award-winning film relates tales in a mineral-strike-to-boom-to-bust arc before revealing the towns’ ultimate fates and legacies.

The authenticity of the production results in a riveting and even haunting telling of America’s fabled past when the likes of Wild Bill Hickok, Baby Doe Tabor and Jacob Waltz sought their fortunes.

Director’s Statement: For as long as there has been a United States, the western frontier has remained that vast Unknown where epic adventures could and did occur. In truth, the history of the lands between the Great Plains and the Pacific Ocean is as complex as any masterwork of fiction, and as spectacular as the awe-inspiring vistas that served as its stage. One need only visit any of the near forgotten sites that hide, isolated, out in the mountains and deserts of the American West to be filled with a sense of wonder.

My fascination with the subject began at the age of nine, when in a classroom 1,700 miles from the distant Continental Divide I happened upon an adolescent mystery tale about a ghost town and lost mine. Still it was not until as an adult, when I hiked into a silver camp in the Elk Mountains, that the seed planted in my childhood sprouted and grew.

Standing before the weathered facade of an 1880s hotel, I could not help but feel that the old building somehow stared back at me; and I wondered what those vacant windows had seen in the days when 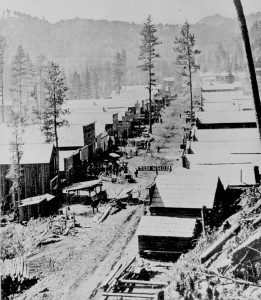 the long abandoned town bustled with life and the mere rumor of a strike could send men scrambling through unexplored, trackless wilderness.

More than a century later, what remains of the towns and camps stand as visual echoes of a legendary history firmly embedded in the American consciousness; and it has been both my pleasure and honor
for most of the past decade to walk their silent streets and photograph the ghosts of their former selves.

“It is important within the context of U.S. history that stories and events tied to existing and extinct places be preserved. Recommended for both students and history buffs alike, especially those with an interest in the Old West.”– Booklist 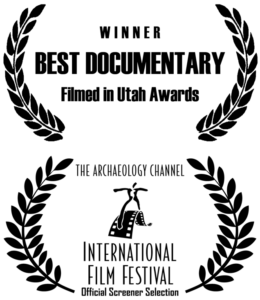 IN-HOME/Personal use copies of the DVD available on Amazon: http://amzn.to/2kvD76P or, if you prefer to stream it, you can: https://amzn.to/2INr0C0