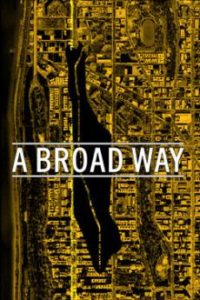 In 2007, Director Robert Liano set out to do something totally different…

What would happen if you put a filmmaker on every block of Broadway from its Northern tip at 220th Street to Battery Park and documented all 12.4 miles of Manhattan for one hour, the exact same hour, through the lens of hundreds of film cameras?

You’d capture the spirit of the world’s greatest city. You’d capture a mosaic of characters and moments unfolding within its tangled traffic and bustling businesses; places and people full of life. You’d have the world’s first collaborative documentary that shows New York City in a way that no film had been able to before.

A Broad Way is also the story of filmmakers as diverse as the streets they are documenting.

Join New York’s most creative storytellers as they embed themselves in the chaos to tell the story of a block. Utilizing the largest film permit ever issued in New York City, A Broad Way chronicles this massive collaborative event showcasing the filmmakers, the stories and the characters in one hour, in New York City.