An Afternoon In Monte Carlo 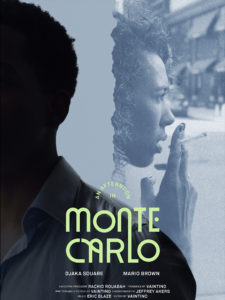 He has an existential choice to make… which road should he choose; the one he’s been on or the new one being presented?

Marlon Rivers, a young African-American finance wunderkind who specializes in “Monte Carlo” mathematical methods, meets Margot Marshall, a mysterious woman from Los Angeles who has just landed in New York that same fateful day as he.

Earlier that morning, Marlon quit his job and is now confronted by an existential choice he has to make.

Will he follow his heart and explore this unexpected encounter or will he just ignore the moment and keep on the lonely road that he carved for himself?

As the day progresses, it is clear that hedge fund manager Vlad Rosos and his inner sanctum have a different idea of the future of their genius analyst, Marlon Rivers. It is revealed that he has some intimate knowledge regarding the darker side of some nefarious dealings related to the international pharmaceutical business of a financial firm.

With the guidance of his uncle, and under the benevolent eye of a backgammon buddy, will Marlon escape the wrath of the masters of the universe and finish the day in one piece as he’s tries to figure out the odds of this new intriguing relationship with Margot Marshall? 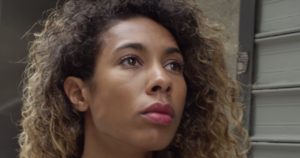 On her end, Margot is in New York to figure out if she can access some documents held by a local bank which is proof of her great grand-mother silent actress superstar Margot Beauregard’s unresolved untimely death. Will she uncover the answers that she seeks and will she find peace in the discovery of her own heritage?

An official selection at Prisma, An Afternoon in Monte Carlo is a wonderful example of a film produced on a lower budget that thrives despite the challenge, most notably due to a fantastic screenplay and great casting. 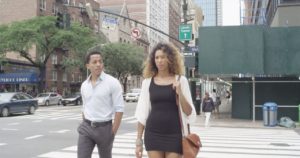