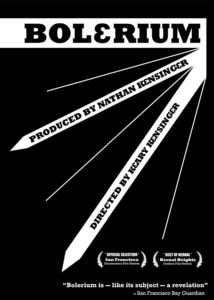 The opening paragraph of Bolerium’s home page statement reads: “Established in 1981 in San Francisco, we specialize in books and ephemeral materials related to the history of Labor and other social movements, including the struggles for Black and Chicano equality, the Gay liberation movement, Feminism, and Asian-American activism, as well as the Far Right. In recent years Bolerium has expanded into materials in non-western languages, and has also placed more emphasis on ephemera, with tens of thousands of original leaflets, pamphlets, and posters in stock. Bolerium is a member of the Antiquarian Booksellers’ Association of America (ABAA).”

Directed by Keary Kensinger, and despite its 10 year age (as of the posting of this notice), this 2006 short film captures a day-in-the-life at one of America’s most important independent bookstores – Bolerium Books – run from a hidden location in the heart of San Francisco’s immigrant/radical Mission District. The store is known to carry books covering radical ideologies

The 23 minute portrait is a humorous exploration of the store, its diverse staff and the wild array of customers who frequent its shelves. Filmed in a dynamic handheld style, the documentary captures the caffeinated energy that has driven this store for over a quarter of a century.