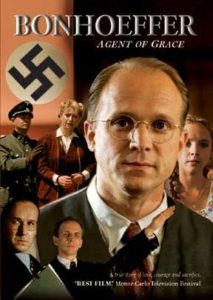 The dramatic story of Dietrich Bonhoeffer, a German clergyman of great distinction, who actively opposed Hitler and the Nazis.

What is a moral person to do in a time of savage immorality?

That question tormented Dietrich Bonhoeffer, and his convictions and personal decisions eventually cost him his life when he was hanged by the Nazis on April 9, 1945, less than a month before the end of the war.

Bonhoeffer’s last years, his participation in the German resistance and his moral struggle are dramatized in this powerful film.

More than just a biographical portrait, Bonhoeffer: Agent of Grace sheds light on the little-known efforts of the German resistance. It brings to a wide audience the heroic rebellion of Bonhoeffer, a highly regarded Lutheran minister who could have kept his peace and saved his life on several occasions but instead paid the ultimate price for his beliefs.

“…shows how Bonhoeffer grows in his own resolve to be courageous and to speak the truth as he sees it in a time of savage immorality.” – St. Mary’s Press 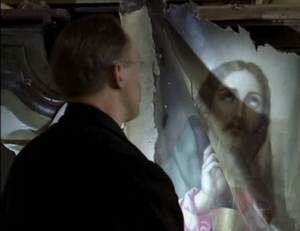 “The questions and motivations with which the minister grappled are for all times and all people, though the movie itself is a fine addition to your studies of World War II history, the history of the Church, and as your family plunges into discussions of how Christians should live in a fallen world.” – Eclectic Home School Online

“…highlights the great moral questions raised by the Gospel of Jesus Christ. By asking the right questions, Bonhoeffer helps us think through the answers that we would give based on God’s Word, the Bible.” – Movie Guide