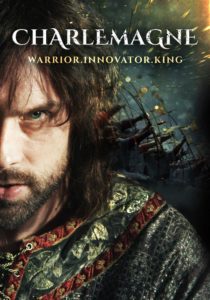 Also known as Charles the Great, Charlemagne carved out an empire that laid out the map for modern Europe. The film details his life as a political strategist, a passionate lover, a man that conquered most of Europe and a cultural visionary.

Using the very latest in modern research, this impressive film series features detailed battle reenactments, extravagant costuming along with interviews from world-renowned experts that truly bring the scintillating warrior-king to life. With its top-class blending of feature film and documentary, Charlemagne promises a fascinating journey to the roots of European culture.

Originally broadcast as a German mini-series, this big, seven-figure-budget production shines as a sweeping epic about Europe’s most important Medieval king, perfect for global history curricula. 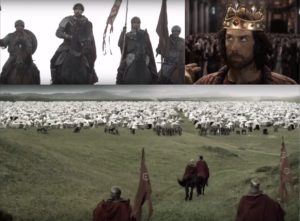 “The documentary retraces with precise historical reenactments the wanderings of the most famous medieval lord, the proclaimed herald of Christendom and founder of an empire that stretched from the Pyrenees to the Danube and the Italian boot to the North Sea” – Sens Critique