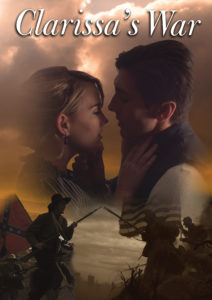 Stories of the Civil War have long intrigued audiences, whether as books or films, classic or contemporary. Not all stories are from the battlefield. While the Civil War raged outside, many battles were often fought within the confines home and family. This is one of them.

Clarissa’s War is the unforgettable story of Clarissa Wakefield, an independent and intelligent Kentucky girl caught in a marriage not of her desire.

A passionate tale of forbidden love, intense hate, racial tension and death, it is a story of victory for some and defeat for others set during the most tragic time of our nation’s history…The War Between the States.

A dramatic tale, the film touches upon numerous social issues; some distinct to the time period (slavery, the forbidden love between a southern woman and a Yankee soldier), and some more timeless including domestic violence. It is also a wonderful example of an independently produced period drama.

The film also features an exciting young cast that includes:

Beau Davidson as Malcolm Wakefield: Credits include Grease, A Little Night Music, Days of Our Lives and Gilmore Girls. Beau was named one of “Nashville’s 25 Most Beautiful People” and named one of Cosmopolitan Magazine’s “51 Hottest Bachelors,” representing Tennessee. As a result, he appeared and performed on The Today Show, Fox & Friends, FBN’s The Strategy Room, Entertainment Tonight, 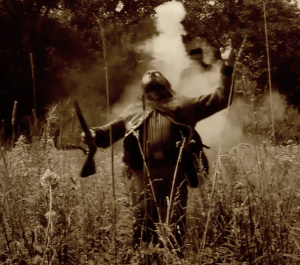 and The Daily Buzz.

Allee-Sutton Hethcoat as Clarissa Wakefield: Credits include Remembering the Goal, The Dust Storm, Nashville and The Vampire Diaries.

The film is adapted by Greg J. Welsch from the novel ‘This Time Forever’ by Kentucky author, Linda Swift. 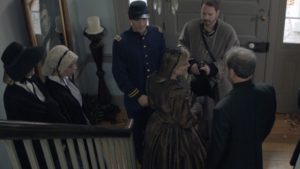