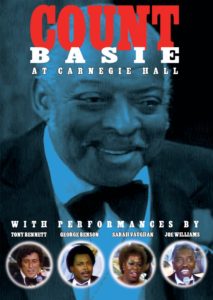 Count Basie, undeniably one of Jazz music’s greatest legends, delivered a spectacular show “live from Carnegie Hall” recorded on March 20, 1981 in one of his last televised performances.

The performance was installed in the Library of Congress Archives.

One of the premier Jazz programs for CBS and nominated for a Cable Ace award for excellence, this all-star concert celebrated the fiftieth anniversary of Count Basie’s illustrious career.

The tracks performed were extensive making this performance one of the most memorable of all-time. Included were

In A Mellow Tone

There’ll Never Be Another You

Every Day I Have the Blues

Basie, Cup and Me

Don’t Get Around Much Any More

It Don’t Mean A Thing

Send In the Clowns 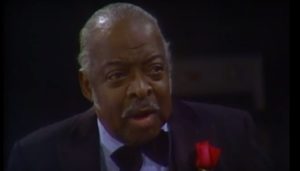