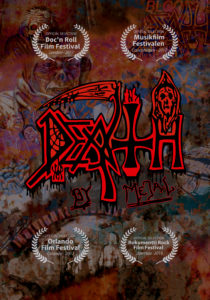 Death was an American Death Metal band from Orlando, Florida, founded in 1983 by guitarist and vocalist Chuck Schuldiner. Death is considered to be among the most influential bands in heavy metal and a pioneering force in the extreme metal subgenre. Their debut album, Scream Bloody Gore, has been widely regarded as the first Death Metal record. Death had a revolving lineup, with Schuldiner being the sole consistent member. The group’s style also progressed, from the raw sound on its first two albums to a more sophisticated one in its later stage. The band ceased to exist after Schuldiner died of glioma and pneumonia in December 2001, but remains an enduring influence on heavy metal.

“Featuring exclusive interviews, rare footage and demos, it is the first film of its kind to tribute Schuldiner’s unparalleled role in the evolution of heavy metal.” – Brave Words

DEATH’s burning speed and ferocity was only matched by Chuck Schuldiner’s unbending determination to bash out the most boundary-crushing interpretation of Heavy Metal. Exclusive interviews tell, for the first time on film, the story of Chuck Schuldiner and his legacy through the music of DEATH and Control Denied. 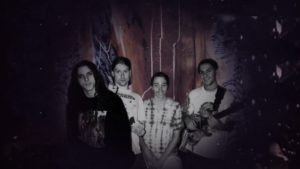 A film by Felipe Belalcazar

DEATH by MetaL – Trailer from Felipe Belalcazar on Vimeo.