Flesh And Blood: The Hammer Heritage Of Horror 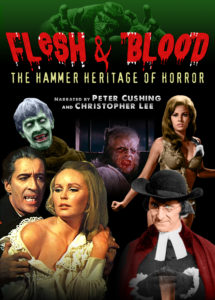 Horror films have long been one of the strongest genres. From low-budget to multi-million dollar productions, the creation of horror on the big screen has driven audiences to theaters and video stores, from VHS to DVD to digital platforms.

This extensive 1994 148-minute documentary takes the viewer from the 1950’s, when they pumped Technicolor blood into old monsters like Frankenstein and Dracula, to chillers like ‘Let The Right One In” and “The Lady In Black”. Flesh & Blood explores the pre-historic monsters to the creation of masks as it delves into the history of one of the great horror filmmakers of all time.

Narrated by Peter Cushing, in his last film appearance, and Christopher Lee. 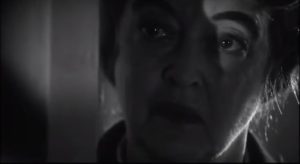 Originally broadcast as a 2 part series on the BBC, this Extended Director’s Cut added over 40 minutes to the original running time.

“An irresistible scrutiny of a name in horror that will never die in the public’s eye, and this release belongs on every collector’s DVD shelf right next to all their Hammer titles” – DVDDrivein

Nominated as ‘Best Documentary’ at the 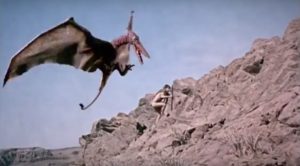 Rondo Hatton Classic Horror Awards, this was the last project completed by Peter Cushing. The narration was recorded in May, 1994 and he passed in August, 1994. 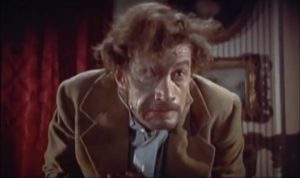