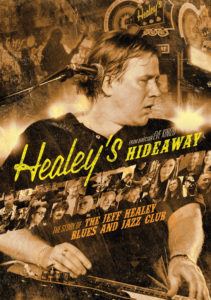 Healy’s Hideaway is a feature length documentary about Jeff Healey, his club, his career and the A-List musicians who played with him over the years.

No one embodies the defiant spirit of rock and blues quite like Jeff Healey. Born in Toronto on March 25th, 1966, the Canadian’s childhood was shattered with the diagnosis of the rare ocular cancer, retinoblastoma… yet it never broke his stride.

“Jeff was one of the sweetest, most humble and talented artists I’ve met” – Bonnie Raitt

Jeff Healey, a true Canadian, born and raised in Etobicoke, ON was a talented musician well known for his phenomenal guitar playing as well as other music instruments. Jeff was an unusually talented musician who despite being blind, never let his physical challenges stand in his way.

His career started when he was still a teenager performing with his high school band and later on, around the city at any Blues club that would let him play. Before he knew it, he was already touring across Canada and around the world. The breakup of the “Jeff Healey Band” made Jeff decide he wanted to open a Blues Club in Toronto where he would be able to invite guest artists and play any kind of music 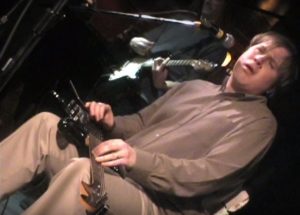 he’d like. The club had legendary musicians gracing the stage. It also allowed Jeff play the music he was most passionate about-Traditional Jazz from the 1920’s & 30’s.

“Healey’s Hideaway” tells the story of the Jeff Healey club ,the A- list musicians who played there and of course the amazing talent that Jeff had as a blind musician who never let his disability stop him from doing what he loved most – Music.