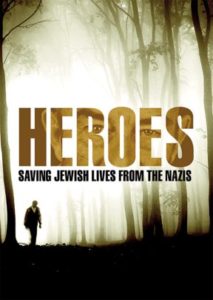 During World War II the residents of a remote region of France resisted the Nazis and their collaborators thus saving the lives of thousands of Jews and other refugees.

Hear the heroic stories of bravery and mercy from those who were there, both the saviors and the survivors.

The residents of the Plateau du Vivarais, a remote region in the French countryside, stood up against the occupying Nazis and their French collaborators by giving sanctuary to those fleeing persecution during World War II. These French citizens refused to see oppressed individuals as anything other than human beings. Through their efforts over 3000 Jews and other persecuted people were spared. Experience the stories of this dark yet triumphant time as told by those who were there. And learn what made the residents of this region so willing to risk their lives to stand against the status quo.

“From Anne Frank’s famous diary to the chilling opening segment of Quentin Tarentino’s Inglourious Basterds, the subject of Jews being hidden from the Nazis during World War II has been a recurrent theme over the past half-century-plus. This documentary tells the story of how one village in France—the

farmer community of remote Plateau du Vivarais—hid and protected Jews in defiance of both the Nazi occupation and their own French police collaborators. Combining interviews, archival footage, and dramatic re-enactments, Heroes notes that the memory of the village’s actions remains very much alive today; even kids interviewed at the local skateboard park have some sense of what happened in the past. In one segment, a teacher directs a cast of teenagers in a play depicting historic events, encouraging the students to dig deeply into what people were feeling when they were apprehended and sent off—first to holding facilities, and ultimately to concentration camps. In another section, the background behind a letter written by unidentified schoolchildren to French police is explored—a letter in which the children clearly stated their disdain for Nazi policy towards Jews and vowed to do everything they could to protect them. Poignantly, survivors who were hidden in the area are also interviewed here, revisiting the land and homes where they were kept safe during the most notorious act of genocide of the last century. 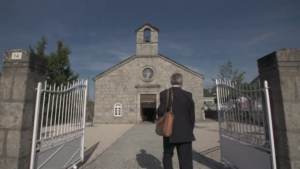