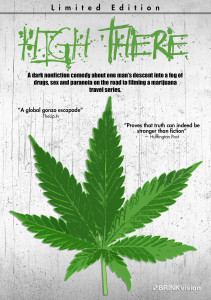 Hunter S. Thompson meets Barry McKenzie in this dark nonfiction comedy about a real-life, legendary but down-and-out tabloid television journalist who heads to Hawaii to film a marijuana travel series, only to become lost in a fog of drugs, sex and paranoia as he uncovers a secret government war to control the marijuana trade.

The film touches on the controversial federal prosecution of marijuana advocate Roger Christie and his THC Ministry. Actor Wayne Darwen has been cited as the inspiration for Robert Downey Jr.’s character Wayne Gale in Oliver Stone’s film Natural Born Killers and has been called the “new” Hunter S. Thompson.

“Proves that truth can indeed be stranger than fiction” – Huffington Post

“He is being compared to Hunter S. Thompson!” – NY Post