In The Shadow Of The Revolution 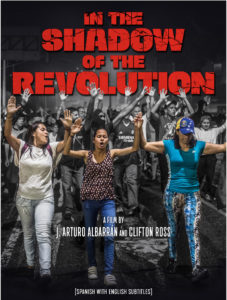 “That this narrative comes in the voice of the very supporters that chavismo claimed to champion, now disillusioned and oppressed, is what really lends this film its powerful authenticity.” – Caracas Chronicles

In the Shadow of the Revolution, an independent U.S.-Venezuelan collaboration by writer-directors J. Arturo Albarrán and Clifton Ross, gives voice to much-needed alternative perspectives on the country’s Bolivarian Revolution. Heavily disseminated Bolivarian propaganda presents a narrative of a popular, left-wing government that has brought great benefits to the population in the face of attacks from a right-wing, “fascist” opposition. Through interviews with social movement activists, journalists, and academics, the film provides a counternarrative that helps explain the current rebellion against a corrupt, inefficient authoritarian government that has created a catastrophe in Venezuela that has brought it to the brink of civil war.

The central protagonist is Rodzaida Marcus Vera, a mother, musician, agroecologist, and indigenous-rights activist whose life, questions, and concerns unfold as she comes to personify the current struggle for democracy in Venezuela today. She grew up in El Valle de Caracas, where her mother was killed by sharpshooters during the 1989 uprising known as the Caracazo. After that life-changing event, Rodzaida studied sociology at the Central University of Venezuela and became involved in the campesino/agroecology movement. As she describes it, she “fell in love with the Process” in its beginnings under Hugo Chávez but became concerned after his turn toward socialism in 2007. 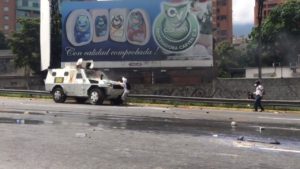 Rodzaida’s reflections through the course of the film are complemented and amplified by interviews with, among others, historian/sociologist Margarita López Maya; labor journalist Damián Prat; National Assembly MP, lawyer, and transgender activist Tamara Adrian; workers of the basic industries of Guayana, including former political prisoner and union leader Rubén González; and members of left parties and organizations such as Marea Socialista and Bandera Roja.

Note: The filmmakers hope this timely work will challenge the Bolivarian government’s narrative about itself and the opposition through interviews with Left social movement activists, journalists, academics and intellectuals.