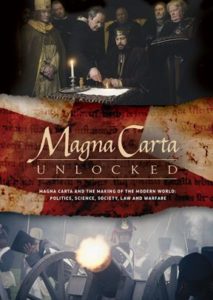 Magna Carta and the making of the modern world, politics, science, society, law, and warfare in a stunning 5 episode series.

On 15 June 1215 the signatories to a momentous document gathered in a field by the banks of the Thames: a disgruntled King John, a gaggle of rebellious barons and a group of senior clergy led by the Archbishop of Canterbury, Stephen Langton. Magna Carta (the Great Charter) is widely regarded as the founding text of English liberties, a key part of constitutions across the globe and the inspiration behind the UN’s 1948 Universal Declaration of Human Rights.

But all was not as it might seem from the vantage point of the present. The barons were far from being champions of the people. The Archbishop was not as impartial as he pretended. And even the Charter did not quite say what people later claimed it meant. How did it survive and take on a force and reach that the original parties never intended or imagined?

The Magna Carta is widely regarded as a foundational text of the British legal system and of the U.S. Constitution. As an essential guarantor of basic freedoms, Magna Carta has inspired imitators across 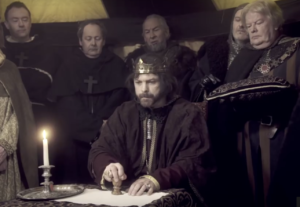 ages and across continents. To what extent is it right to see the Great Charter as a fount of freedom, democracy and rule of law, and how relevant is it today?

“This densely-packed five-episode historical overview looks at the centuries-old significance of the Magna Carta and its lasting effects on the relationship between individuals and the state. Recommended” – Video Librarian