MEMORY AFTER BELSEN- The Future of Holocaust Memory 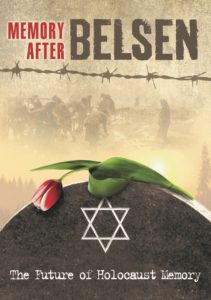 Holocaust documentaries have, for the most part, examined the actions of the perpetrators and what happened to the victims. Little attention has been paid to how memory of the Holocaust is being transmitted through the generations, in art, film and other media, and what it will look like in the future, now that the eyewitness generation is all but gone.

Memory After Belsen does not attempt to explain the historic Holocaust. Rather, the film is about themes and tensions in Holocaust memory—the challenges and often conflicting perspectives on how the Holocaust is taught and remembered.

It took five years to complete Memory After Belsen, in large measure because the subject had not been explored previously in film and there were no existing road-maps to follow.

The film examines ways in which memory is conveyed by different agents—survivors, their children and grandchildren, artists, educators, museum directors and others—and asks how these agents of Holocaust memory approach their task, and for what purpose. Do they seek historic accuracy? Emotional impact? Contemporary relevance?

Where does personal memory find its place in this web of associations?

Memory After Belsen investigates changes occurring within Holocaust memory, now that the survivor generation is aging and in fact rapidly diminishing. 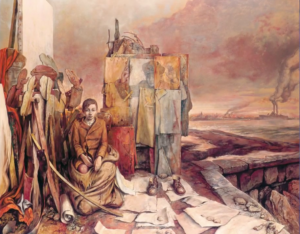 The 76 minute film is divided into 7 sections that lend themselves to a deep understanding and exploration of the subject and subsequently provide discussion topics for viewers. The 7 sections are: 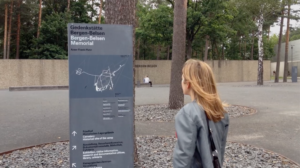 According to the American Library Association Booklist in a “starred review”…

“Beyond capturing World War II history, including the British liberation of Bergen-Belsen in 1945, the film explores way personal Holocaust stories are remembered and passed to future generations. Interviews with historians, educators, authors, artists and others underscore this profoundly moving documentary which finds new and bracing ways to tackle an important and far reaching subject”.

Within the Context of the Film, Discussion Points are Many. Below are just a few examples:

Artist and survivor Sam Bak speaks about the Holocaust as something that is “remembered in a hundred different ways.” How can this be reconciled with the rigors of historical analysis? Should it be?

Some historians and scholars are uncomfortable with witness testimony. Memory, they say, is selective, imperfect and sometimes invented.

Several speakers in the film talk about the birth of Jewish children in the displaced persons camps. Until recently, this has been a neglected part of post Holocaust history. Why do you think that is?

Phrases such as “rebuilt their lives” and “the rebirth of Jewish culture” could be understood as clichés. Might such clichés be a way of avoiding the harsh realities which survivors never escape?

What was the reception for survivors in countries where they were eventually received?

Who and what are “agents of memory” and what is their role in representing and transmitting the history and memory of the Holocaust? Discuss at least three.

What does Geoffrey Hartmann mean when he states, “Every generation will have to re-educate themselves about the Holocaust. It cannot be the work only of one generation?” 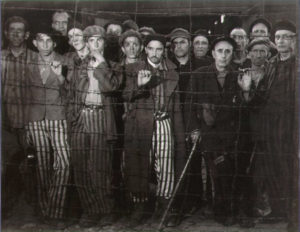 The credentialed list of participants in the film are too numerous to mention. Below is a partial list:

MEMORY AFTER BELSEN was made in cooperation with:

SPECIAL BONUS: The DVD edition of Memory After Belsen includes the entire film HITLER’S COURTS as a bonus. Hitler’s Courts is also available individually. It can be explored and purchased from Soundview at Hitler’s Courts.

2015 / 76 minutes / Color and B/W / Directed by Shiva Kumar, and Written and Produced by Joshua Greene