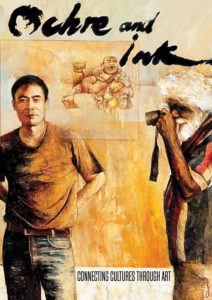 “Aesthetically fabulous, humanely wonderful and artistically captivating. If the Chinese artist received abundant criticism at the beginning of his Chinese Aboriginal creation, beginning with being racist because he painted Aborigines, his tenacity, perseverance and especially his talent earned him international recognition today, from the farthest reaches of Arnhem to Beijing, via Melbourne, where he still lives.” – FIFO

A landmark exhibition opens at the imposing Capital Museum in Beijing. It’s the culmination of an extraordinary cross-cultural partnership between Chinese-Australian artist Zhou Xiaoping and the late Aboriginal artist Johnny Bulunbulun, forged over twenty years in remote Arnhem Land.

The extraordinary story of Xiaoping’s journey to Australia and his close friendships with Bulunbulun and other Aboriginal people is illustrated with beautiful artwork, fascinating archival videos, and intimate scenes of life in remote Aboriginal outstations – and it reveals the ethics and politics of cross-cultural collaboration. 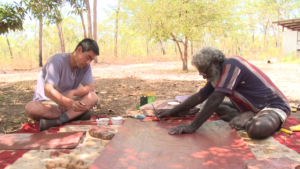 Trained as a traditional Chinese brush painter in Anhui Province, Xiaoping arrived in Australia in 1988 knowing almost nothing about the country. On a whim, he traveled to the heart of the outback, where he was surprised to see Aboriginal people for the first time. He became fascinated by their art and culture, and they welcomed him into their communities where the artists showed him their techniques of painting with ochre on bark.

Now Xiaoping is visiting the famous artist Johnny Bulunbulun and his family, working on paintings for a major exhibition to be held in Beijing, on the theme of the 300 year trade in Trepang (sea cucumber) from the Aboriginal people of northern Australia via Macassan traders to China.

Johnny is keen to travel to China for the exhibition; but tragically, he dies before he can make the journey. Instead, Johnny’s wife and son attend the exhibition opening at the imposing Capital Museum in Beijing and perform an emotional ceremony in his honour.

Later Xiaoping shows his Aboriginal friends some of the fascinating sights of Beijing. 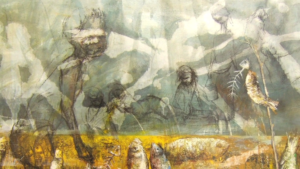 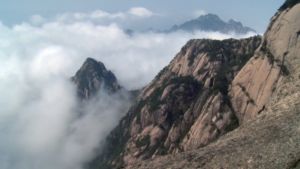 A film by James Bradley