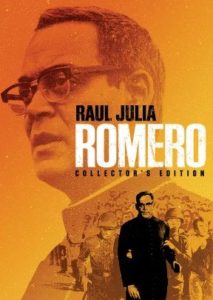 In honor of Archbishop Oscar Romero of El Salvador, the Romero Collector’s Edition has been remastered. The film chronicles the amazing true transformation of an apolitical, complacent priest to a committed leader, who started a revolution without guns, without an army, and without fear. He fought with the only weapon he had: the truth.

The new DVD features special features including screenwriter audio commentary, Spanish language track, and a Behind the Scenes segment.

“The film works up a considerable emotional charge, with doe-eyed Julia attaining a mythic simplicity” – Time Out

“A riveting drama about the radicalization of a moderate Catholic priest as he is exposed to the violence and suffering in El Salvador.” – Spirituality and Practice

“The film has a good heart, and the Julia performance is an interesting one, restrained 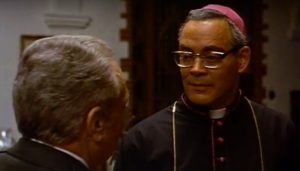 and considered. His Romero is not a firebrand but a reasonable man who cannot deny the evidence of his eyes and his conscience.” – Roger Ebert.com