Scotch: The Story Of Whisky 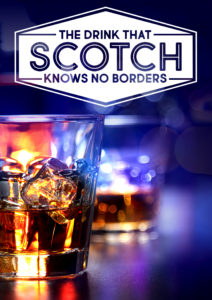 From the Scottish Highlands and Lowlands to taverns around the world, the history of Scotch, its science, business, marketing and cultural impact are told in this feature documentary:

SCOTCH: THE STORY OF WHISKY*

Picture the scene: Rustic Caledonia, half a millennium ago. A monk meddles with water and barley. Alchemy fizzles, and the result is whisky.

In shady brooding glens and by gleaming lochs, farmers and peasants repeat the trick a million times over. Amber liquid seeps across Scotland, but it doesn’t stop there. The humblest of people created a colossus that coils itself around the world. It will embrace craftsmanship, culture, identity, land, science, and marketing and tie itself to great historical events.

The story of scotch is one of a multinational, multi-billion-dollar super-industry, and here, for the first time, the story is told in detail.

Some facts and figures to astound you:

According to the Scotch Whiskey Association:

Scotch: The Story of Whisky marries the allure of scenic Scotland with engrossing storytelling, rich characters, and frequent revelations. The tale of whisky is the tale of Scotland’s gift to the world, and so it travels to Sweden, Japan, America and Australia.

2016 / 153 minutes / English / A film by Don Coutts and featuring David Hayman (The Boy in the Striped Pajamas, Sid and Nancy)

*Yes… there are two ways to spell it…Whisky or Whiskey.