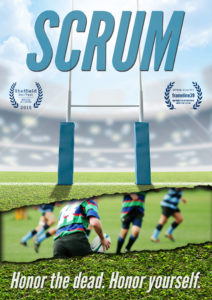 Mark Bingham, a rugby fanatic and openly gay man, was on United Flight 93 on September 11, 2001 when terrorists hijacked the plane. Mark, along with a few other passengers, managed to crash tackle the terrorists in an effort to regain control of the plane. Despite their efforts, the flight went down in the fields of Pennsylvania. No one survived.

In Mark’s memory, the Bingham Cup, an international gay rugby world cup was founded. Now, the Sydney Convicts, the defending champions, are hosting that Cup. Charlie, the coach of the Convicts A team, is tasked with choosing the winning combination of fifteen players from more than one hundred hopefuls. Being a part of the Convicts means that you’re more than a team: you’re brothers. And it’s that sense of brotherhood that pushes the players to do whatever it takes for their team, for their club, and for gay rugby.

Scrum takes the audience on an intimate journey into the lives of these men as they prepare physically and mentally for the grueling tournament. 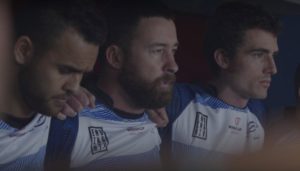 “If you get the chance to see Scrum grab it with both hands and run like hell to the finish line because this is one documentary that scores goals on all levels. Highly recommended.” — Same Same

“Scrum might technically refer to restarting a play in order to gain control of the ball, but it’s really about a group of guys packing close together in one place—in this case, gay rugby’s 7th Annual Bingham Cup in Sydney, with 1,000 participants from 15 countries.” – Letterboxed 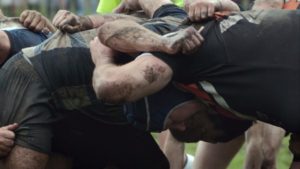 “Scrum pulls the viewer right into the sweaty, grueling Bingham Cup, becoming not only a dramatic competition film, but also a film that finds the heart of the sport’s universal themes: acceptance, teamwork, and mud-soaked male camaraderie.” — Brian Bromberger, San Francisco Frameline39 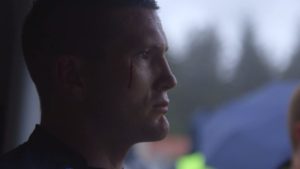