Shape of Now, The 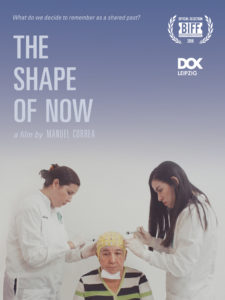 A creative documentary on the writing (or possible re-writing of) history to solidify peace in a post-civil war society.

Do you remember the war? Ask seven people and you will hear seven different stories.

According to estimates around 200,000 people lost their lives in the 50-year Colombian civil war. Another 25,000 were kidnapped, many are still considered missing. When the peace deal between the government and the FARC rebels was made in November 2016, guns were banned from the conflict. But the country’s population have since faced the almost impossible task of having to agree on a common past. “The Shape of Now” illuminates this strenuous process.

“You hear numbers like the 220,000 estimated dead in the thresher of the fifty-year-long, cocaine-fueled Colombian civil conflict, and your attention can drift. Even hearing individuals’ stories from this litany of atrocities and we can become subsumed by compassion fatigue. Back in the 1960s, political documentary filmmakers could make sociopolitical waves by simply recording facts and disseminating images. But today any one film, regardless of the scorch of its veracity and righteousness, is just one car horn in thousand-mile freeway traffic jam of manic honkers.  What you need is a particular, even idiosyncratic angle. And so Manuel Correa’s new film, The Shape of Now, takes on the gore-soaked mess that is Colombia’s civil war in a sly and inventive way: by casting a cool eye on the oddly surreal social landscape of the country as it is now, with the war officially over and the entire society attempting to move on. Given the scale, savagery and shared barbarities of contemporary civil conflict all over the globe, Colombia’s state of rationalization might be something like a modern paradigm, a New Normal.” – Progressive.org

THE SHAPE OF NOW is a creative documentary on the challenge of writing history to solidify peace amidst post-conflict reconciliation. While scientists, academics and activists attempt to normalize war-torn Colombia, a group of mothers approach their children’s possible killers in an effort to find closure.

“…illuminates the strenuous process of having to agree on a common past and forge a common path to the future.” – Movie City News

“This is a film that must be seen since it cannot simply be written about.” – Amos Larsen

“The Shape of Now is a heady documentary that looks at war, how different people see it, and how it is recorded from different memories and points of view.” – Mike Spring, Live for Film