Turkification: The Kurds of Turkiye 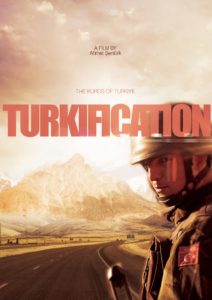 Turkish Kurdistan or Northern Kurdistan (Kurdish: Bakurê Kurdistanê‎) refers to portions of Turkey’s Eastern Anatolia Region and Southeastern Anatolia Region where Kurds form the predominant ethnic group. It roughly corresponds to the territory of historical Western Armenia and geographical Armenian Highland. The Kurdish Institute of Paris estimates that there are 20 million Kurds living in Turkey.

Kurds generally consider southeastern Turkey to be one of the four parts of a Greater Kurdistan, which also includes parts of northern Syria, northern Iraq (Southern Kurdistan), and northwestern Iran.

The term Turkish Kurdistan is often associated and used in the context of Kurdish nationalism which makes it a controversial term in Turkey.

There has been a long-running separatist conflict in Turkey which has cost 30,000+ lives, on both sides. The region has seen several major Kurdish rebellions during the 1920s and 1930s. These were forcefully put down by the Turkish authorities and the region was declared a closed military area from which foreigners were banned between 1925 and 1965. The use of Kurdish language was outlawed, the words Kurds and Kurdistan were erased from dictionaries and history books, and the Kurds were only referred to as Mountain Turks.

In this feature-length documentary, Turkish and Canadian filmmaker Ahmet Senturk explores his roots and the question of nationalism, diving deep to uncover the issues involved in the Turkish-Kurdish conflict.

By interviewing those directly influenced by the matter, he provides a personal, unbiased, and human perspective on the Kurdish people… a group whose language has been banned for over 100 years and whose voice is only now being heard in Turkey.