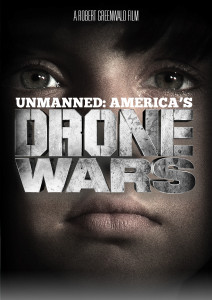 “In keeping with his fine documentaries on Fox, Wal-Mart and the Koch brothers, Robert Greenwald now puts a face on U.S. drone policy. Unmanned is essential viewing if you want to understand what’s going on.” – Oliver Stone

“…Provides a solid overview of drone policy – it covers signature strikes, double-tap strikes and the very vague legal framework used to justify the policy.” – The Nation

UNMANNED: AMERICA’S DRONE WARS investigates the impact that U.S. drone strikes have across the globe. The film reveals the realities of drone warfare – the violation of international law, the loss of life, the far-reaching implications for the communities that live under drones, and the resulting blowback faced by the United States.