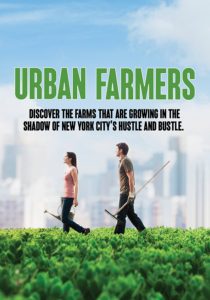 While few NYC residents realize it, there are three genuine farms within the city limits, one in Queens, one in east New York, and one on Staten Island. While the food they produce is only a fraction of that consumed by New Yorkers every day, the survival of these three farms shows the viability of urban agriculture.

Urban Farmers captures the stories of these operating city area farms, providing a unique and significant glimpse into the history, dedication, hardships and triumphs that these farmers face as they deal with a traditional profession in an ever growing urban metropolis.

While decreasing transportation costs and suburban sprawl have pushed agriculture further and further away from urban centers, there were always farms in New York City, providing at least some residents

with the kind of fresh, locally grown food products that began to disappear as industrial food production and lengthy supply chains began to take over how Americans consumed food.

This documentary is an attempt to set the record straight not only in regards to the viability of urban agriculture but also in regards to correcting the general lack of knowledge about nutrition and sustenance.

The production accomplishes another lofty goal by featuring the history of farming and how it impacted the growth of New York City. Through interviews with experts as well as the use of archive footage and photos, Urban Farmers is a presentation of both contemporary and historical agriculture and agribusiness.