Visions of Abolition: From Critical Resistance to A New Way of Life 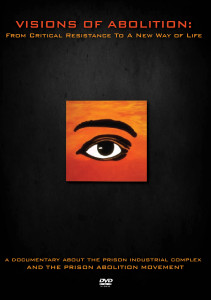 Visions of Abolition is a feature length documentary about the prison industrial complex and the prison abolition movement. It is broken into two distinct parts permitting focused use for studies.

Part I, “Breaking down the Prison Industrial Complex” weaves together the voices of women caught in the criminal justice system and leading scholars of prison abolition, examining the racial and gendered violence of the prison system. Our film features the work of Susan Burton, a formerly incarcerated mother who established A New Way of Life, a group of transition homes for women coming home from prison in South Los Angeles (39 mins).

Part II, “Abolition: Past, Present, and Future” documents the recent history of the prison abolition movement through the organizing efforts of Critical Resistance and explores the meaning of abolitionist politics. By focusing on the collaboration between Critical Resistance and A New Way of Life, (known as the L.E.A.D. Project) the second half of the film unfolds a vision of abolition in practice (48 mins).

Director, Writer & Producer: Setsu Shigematsu has worked as a volunteer educator and organizer with the LEAD Project since 2005. She is an Assistant Professor in the Department of Media and Cultural Studies at the University of California Riverside Campus.

Editor & Co-Producer: Cameron Granadino is a Media and Cultural Studies Major from the University of California, Riverside. He is an Independent Filmmaker, and member of Active Students Against Prisons and Policing.