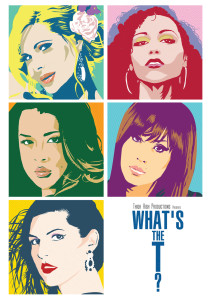 What “Paris is Burning” was to drag balls – “What’s the T?” is to transgender life – a documentary that explores the challenges, successes and lives of five transgender women; a multi-character study and an introduction to the uninitiated.

“To understand the ladies of “What’s the T?” is to love them,” says San Francisco-based filmmaker, Cecilio Asuncion, recipient of the 2012 Outstanding Filipino-American award for LGBT advocacy.  It is thanks to Asuncion’s unique, tender and intimate friendships with the film’s subjects that allows “What’s the T?” – structured around a series of Asuncion’s conversations with The Ladies – to be such a frank, engaging and memorable film.

The film is not only a loving crafted and empathetically handled documentary, but also a vivid snapshot of transgender life as it exists today –  the terminology, the social realities, the successes and the heartbreak.

Over the last couple years, transgender characters and themes have jumped into mainstream consciousness, particularly through television and video-on-demand dramas like Netflix’ “Orange is the New Black” and Amazon’s “Transparent”. Most recently and – perhaps most dramatically – “Orange is the new Black” star Laverne Cox, became the first trans person ever to be on the cover of TIME Magazine.

The exposure, discussion and timing of this welcome trans awareness has been both prescient and fortuitous for the release of “What’s The T?”

“What’s the T?” was an official selection at over ten major LGBT film festivals worldwide including: Frameline, 37 San Francisco, Rio Gay Film Festival, Transgender Kiel Germany, as well as the Portland, Pensacola, and the Soho International Film Festivals. Additionally, “What’s the T?” won the festival favorite award at Cinema Diverse Palm Springs and is widely considered the best film of its kind to hit the festival circuit in years.

“What’s the T? will help general audiences achieve a better understanding of transgender people, while transgender youth will have an opportunity to witness transgender adults fully integrated into the world. Recommended.” – Video Librarian