Words: An Exploration of Identity 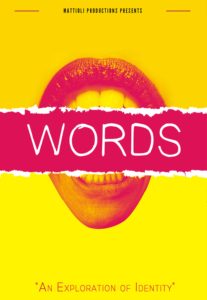 “Words” is an exploration into how people navigate gender identity in the open and evolving landscape of New York City.

The documentary “Words” investigates how masculinity, femininity, and everything in between are contextualized in a range of environments, from the theater world to early childhood education.

Featuring exclusive interviews from a variety of artists, activists, icons, and innovators, “Words” is a poignant and powerful tribute to the language we use to shape our identities.

Using some of NYC’s most fluid scenes as a backdrop, “Words” investigates the dissonance between self and socially constructed identities as well as how these identities are contextualized in a range of environments..